Tales of the Libido League of Superheroines and their sexy, mind-bending adventures are also available as ebooks. Check out my author pages at these great sites:

I’ve also set up a presence on Literotica:

And I’m also on An Archive of Our Own:

The Libido League are the world’s sexiest superheroes, fighting for the forces of life, justice, and pleasure world-wide. They battle the forces of those who would dominate others and twist sensuality to their own evil ends. Each story can be read alone, although subplots develop from story to story. Read them all!

ISSUE #1: On Second Thought,
or “Lodestone vs. Razorgirl”

A superheroine goes on a blind date, and is surprised to learn her would-be girlfriend is actually a supervillain! On second thought, she’s really sexy! Will she do her duty, or do her date? 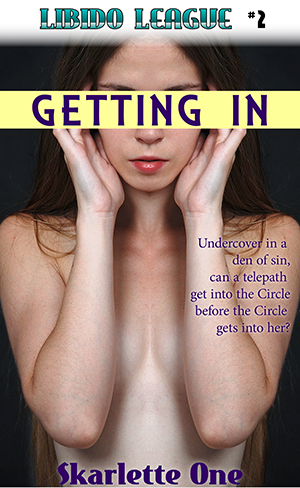 ISSUE #2: Getting In,
or “Mnemonica vs. The Indoctrinated Circle”

Sexy psychic superheroine Mnemonica infiltrates the evil Indoctrinated Circle. Will she dominate the Circle, or will it bring her to her knees? 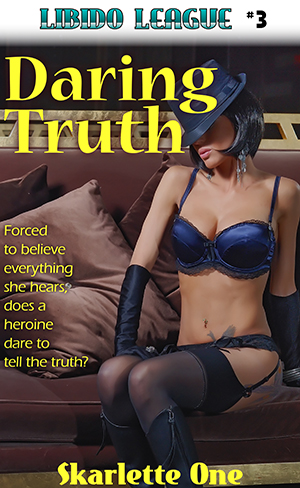 The armored superheroine Platinum Panther faces the magical Allie Kaza’am. The sexy supervillainess has the power to make people believe her words, no matter what. With her virtue on the line, does Platinum Panther dare to tell the truth?

ISSUE #5: Rescue Gone Wrong,
or “Mnemonia vs. The Dominator”

The Dominator has captured Sammie Sims, sidekick of the Libido League. The telepathic superheroine Mnemonica stages a daring rescue. But will the Dominator’s chain prove too seductive for Mnemonica to escape?

ISSUE #6: Savior Seduced,
or “Argent & Sable vs. The Mesmerizer”

The veteran superheroine Argent had hoped that beautiful, young Sable would be more than her sidekick. But love was not to be. When Argent learns that Sable’s new girlfriend might be a supervillainess, will she be able to get Sable out from under the thrall of the Mesmerizer, or will Argent herself succumb to the villainess’s siren song of seduction?

ISSUE #7: Sexual Self,
or “Captain Alpha vs. Wizardess”

Captain Alpha is the world’s greatest superheroine: incredibly beautiful, impossibly strong. But even the best stumble sometimes. When the Captain falls, the villainess Wizardess is there to help her to her feet–or rather, to her knees. Will Captain Alpha remember all she was? After Wizardess seduces her, body and soul, will she even want to?

Doctor Q, the Enchantress Exemplar of Earth, awakens naked and in chains. Her captor, the supervillainess called Succubus, plans to auction her off to one of her greatest foes. Cut off from her magic powers, can Doctor Q find a way free of Succubus’s leash, or will the temptations of a demon’s flesh prove too seductive to resist? 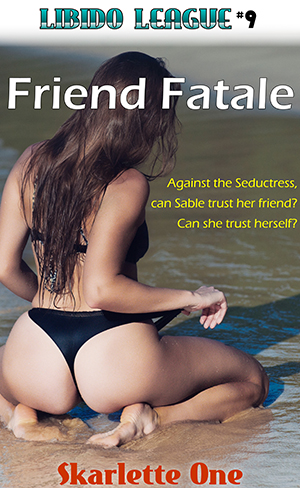 ISSUE #9: Friend Fatale,
or “Sable vs. The Seductress”

The young superheroine Sable charged recklessly into a dangerous situation. She now finds herself a helpless captive of the Seductress, a dangerous villainess. The Seductress offers Sable untold pleasures if she will betray her friend, the veteran heroine Argent. Can Sable resist the delectable temptation, or will she become the Seductress’s puppet? 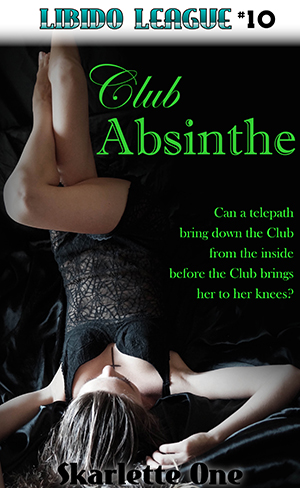 Cheshire Chase can read minds. Why can’t she understand her own? As a psychic superhero, going undercover in a twisted sex club should be part of the job. Why does she find being a brainwashed sex doll so arousing? How far undercover will she go? Can even a telepath escape the seductive web of Club Absinthe?

ISSUE #11: Price of Perfection,
or “Lodestone vs. Pervection”

Lodestone’s super powers allow her to control magnetism, but they have never made her beautiful. Rejected by her girlfriend and captured by the villainess Pervection, Lodestone hits rock bottom. When her captor reshapes the heroine’s body, smoothing away all imperfections, Lodestone faces a choice. Will she stand tall, defying Pervection to the bitter end? Or will she sink to her knees and pay the price of perfection?

Four Libido League stories for one low price! This box set includes the first three Libido League stories: “On Second Thought,” “Getting In,” and “Daring Truth.” Plus, as an added bonus, read “Good Cop Routine,” where Detective Maggie Voyeur of the Skarlette City Police Department interrogates a captured wizard, and finds herself longing to sink to her knees before him.

The daring Agents of INFRAsex strive to keep the world safe from mind-controlling criminals. Red hot espionage adventures in techno-thrillers that will leave you entranced!

Submission of a Spy

Danica Dover, codename Domino, spends her days hunting high-tech brainwashing criminals for the top-secret INFRAsex Agency. She spends her nights searching for hot girls to help take her mind off her troubles. But when Domino’s newest date tricks her into a world of dominance and submission, will she stand up to the challenge? Or sink to her knees before her Mistress?